If you’re a mountain bike junky like me, you’re always on the lookout for the newest machine that will help you boost bigger gaps, ride faster, and shralp every corner even harder than before. As 2020 rolls on so do the bikes (pun intended), and among the most interesting tech this year has come in the form of more electric mountain bikes. Although I covered these in a previous blog post, there are a few more models that have been released since then - Pivot Shuttle, Santa Cruz Heckler MX, and Santa Cruz Bullit. These bikes are the cream of the crop when it comes to E-MTB’s, and with their respective releases comes some upgrades. This is a guide to our latest offerings on the E-MTB front.

Replacing the Steps E8000 is Shimano’s new EP8 motor for electric mountain bikes. In addition to being lighter, smoother, and more powerful than its predecessor, the EP8 also provides increased ground clearance and even has bluetooth that can be used with Shimano’s E-Tube project app for fine tuning. Thankfully the motor’s interface stays the same, allowing it to seamlessly integrate into most E-MTB frames. It also gets some more torque, jumping up to 85nm compared to 70nm on the old version. 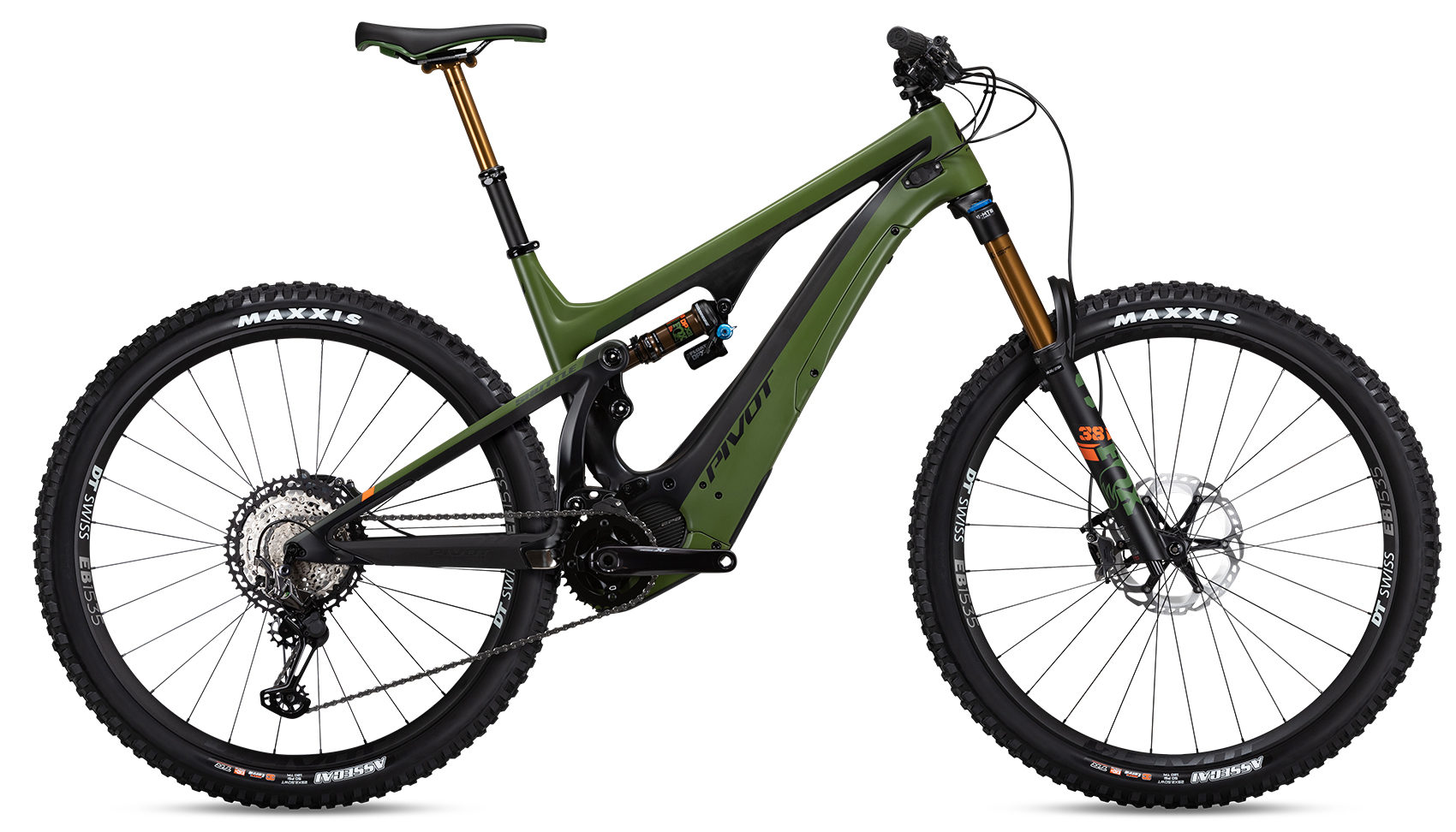 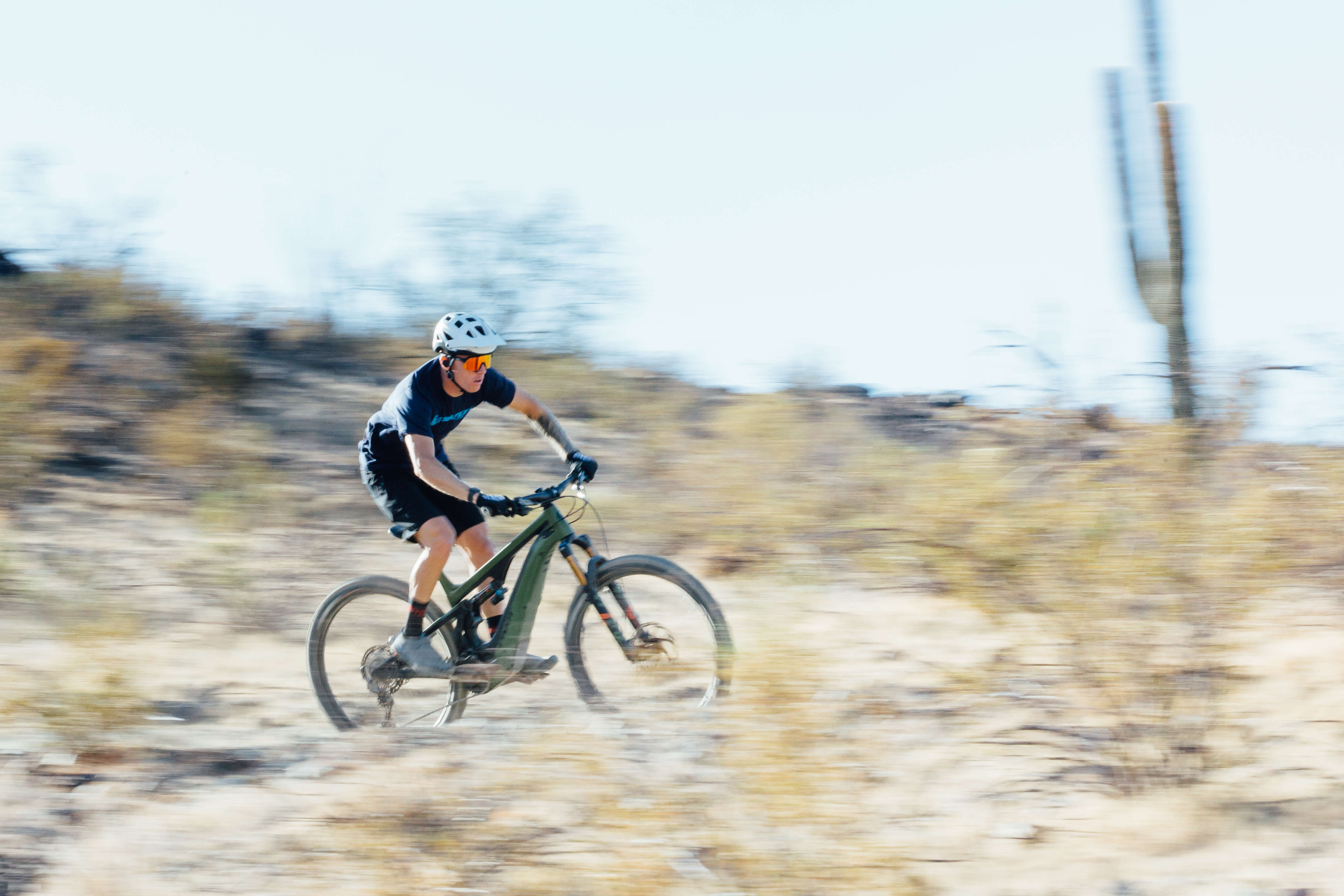 Pivot’s mainstay E-MTB is back, newly redesigned for 2021. When this bike launched, it was only available in the European markets, until it became available in the U.S. in 2018. The Shuttle is widely considered one of the most versatile E-MTB’s on the market, and the latest model is no exception boasting longer range, more power, and more aggressive geometry than its predecessor. Much of this comes from the new Shimano EP8 drive unit paired with a whopping 726 Wh battery. Most E-MTB stock batteries don’t even go above 630 Wh, but the Shuttle can still accommodate a smaller one if you want to save weight. One thing that really struck me with this bike was its lack of build options; the only current offering is the Team XTR build with an exorbitant $10,999 price tag - yikes! However, in this case price is reflected by quality and those who can stomach it will be rewarded with top-of-the-line components, including a Fox 38 Factory 160mm E-MTB tuned fork, Shimano XTR derailleur and brakes, and a bomb-proof DT Swiss EB 1535 wheelset.

For those who don’t know mixed wheel, or mullet mountain bikes are a fairly recent trend; the size of the front wheel is larger than that of the rear. Nowadays, it is most commonly seen as a 29” front wheel and 27.5” rear on many full-suspensions. What started as a somewhat experimental fad for curious riders has turned into full-on production models offered by several bike manufacturers. Adopters of the trend claim these bikes to have the best of both worlds, with a 29er up front to roll over chunky, technical terrain and a 27.5 in the back for added agility and playfulness. Personally, I’ve tried a few mullet bikes and I’m not much of a fan. The biggest disadvantage to me was on the climbs, as the bikes felt significantly slackened out and put me in a less than ideal pedaling position. I must admit it is great on technical downhills, especially if you like a drifty feel - the front wheel tracks everything while the back follows it in without getting hung up. I’d imagine this would be particularly advantageous for riding on the technically demanding trails of Southern Utah. Nonetheless, if you’re considering turning your own bike in to a mullet, I’d recommend trying one out first. 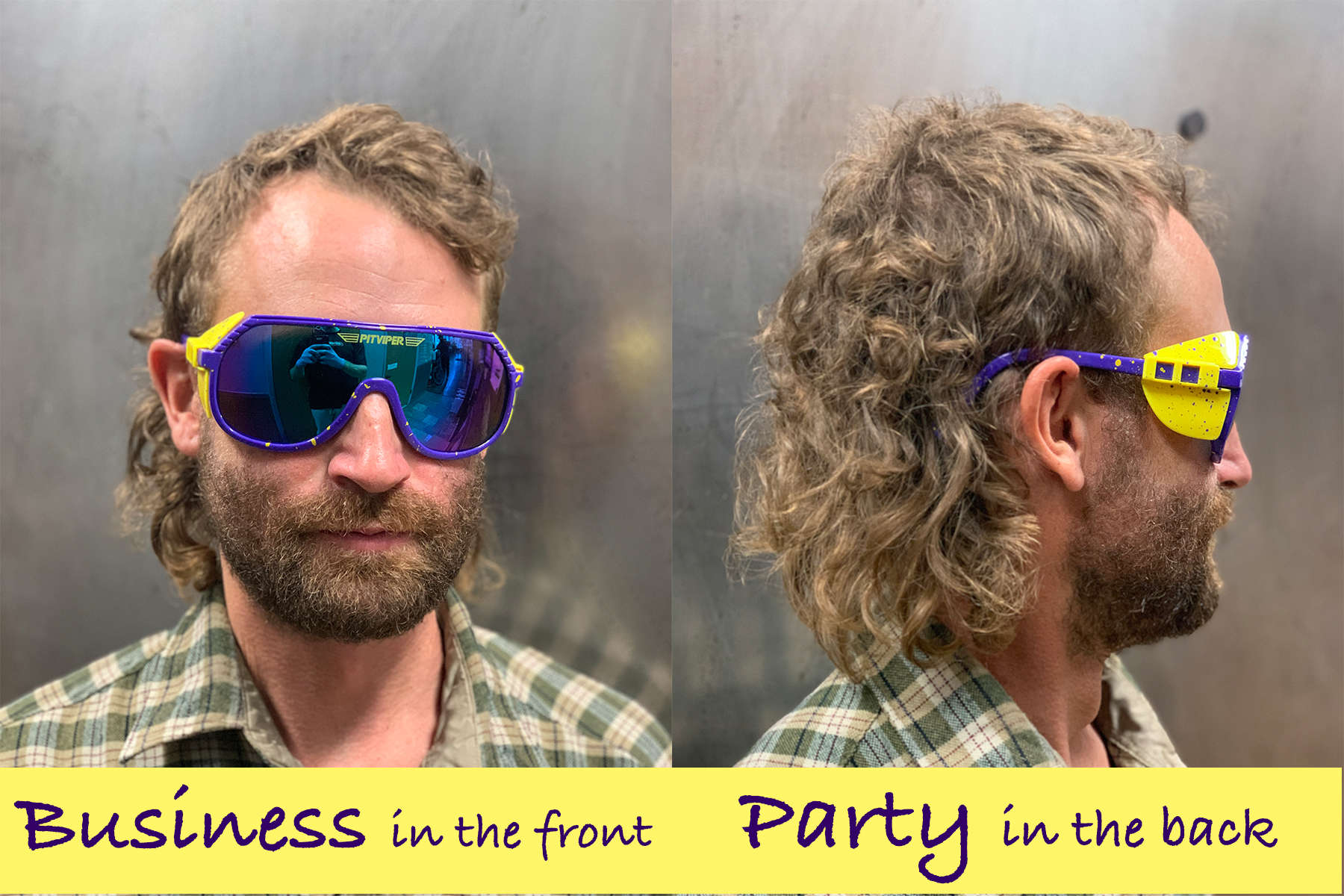 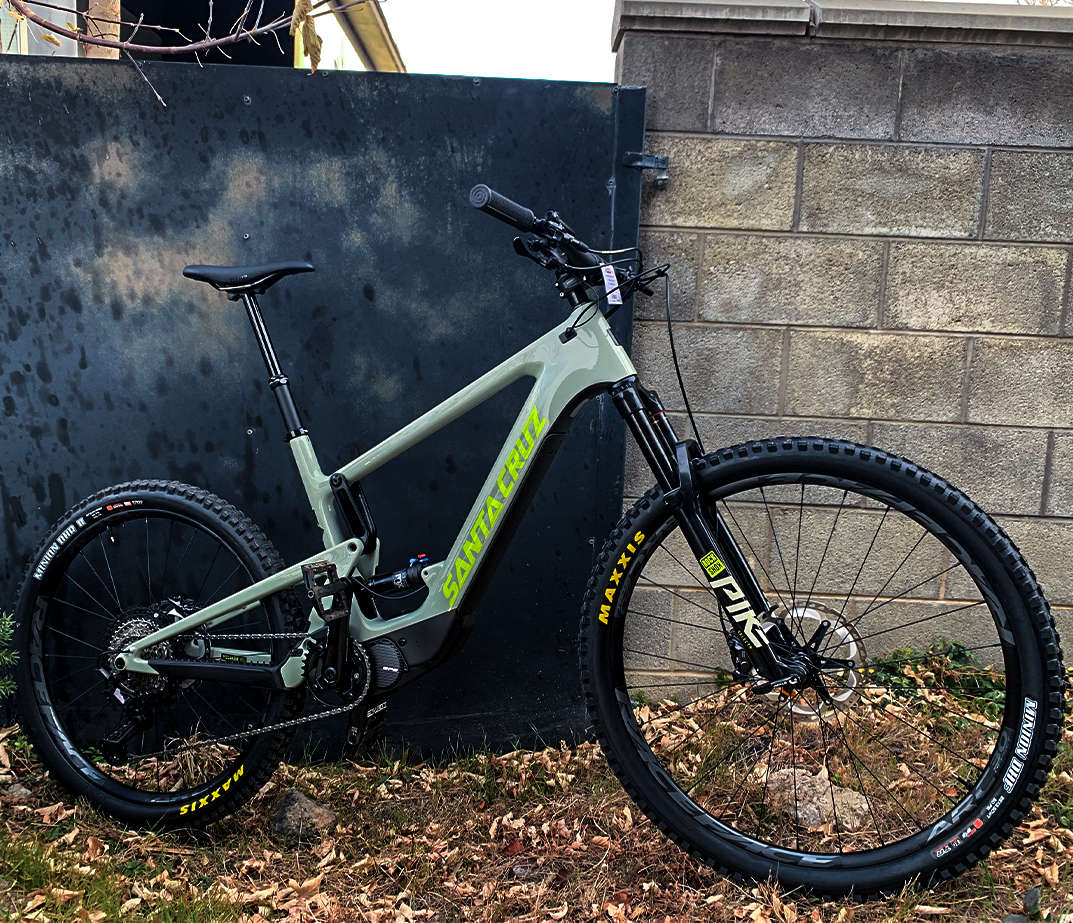 The Heckler came out earlier this year as Santa Cruz’s first electric mountain bike, but it got a few updates for the 2021 model. It now sports the new Shimano EP8 drive unit and is offered in a mixed wheel version. It’s still offered as a 27.5 only model, but that one's still the same, aside from a new drive unit. The MX version is where this bike really shines, and it even has two fancy new colors to help. The most notable change from the standard Heckler is a reduction in travel to 140mm, which likely has to do with the adjusted geometry of the bike from having a 29er up front. It is offered in four different builds starting at $6999. This bike is a great option for those wanting a smooth-riding E-MTB for all types of trail riding.
Shop Santa Cruz Heckler 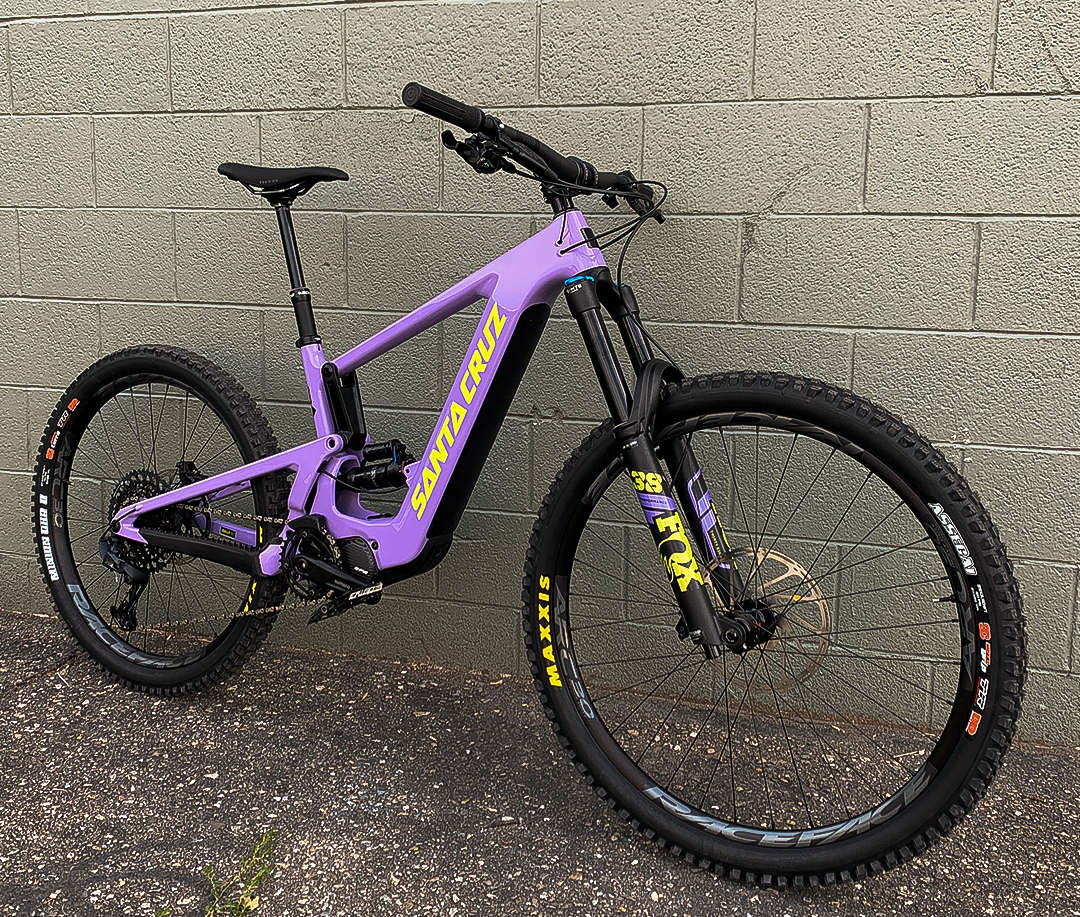 Bullit in Gloss Lavender and Yellow

Just like its younger brother Heckler, the Bullit has been reincarnated in 2020 as an electric mixed wheel mountain bike. With 170mm or front and rear travel, the Bullit is ready to play. Imagine all of the best parts of the Nomad and the Megatower blended into one incredibly capable mountain bike, with a motor to help you climb up. Could it be more perfect? As per usual Santa Cruz the builds are nothing but top-notch, starting with the $7499 Carbon CC R Kit. Notable features include the new Shimano EP8 drive unit, 630 Wh battery, and a beefy Rockshox Zeb or Fox 38 fork, depending on the build. If you’re looking for an E-MTB for casual rides and toying around the Bullit isn’t it. It wants the steepest, chunkiest, most gnarly stuff you can throw at it and begs for more once you reach the bottom. This is the perfect bike for those seeking out the hard-to-reach downhill trails for lap after lap.

We currently have a select number of these bikes in stock with more on the way. If you’re looking to get your hands on one of these beasts give us a call.

A Thanksgiving Trip to Bentonville